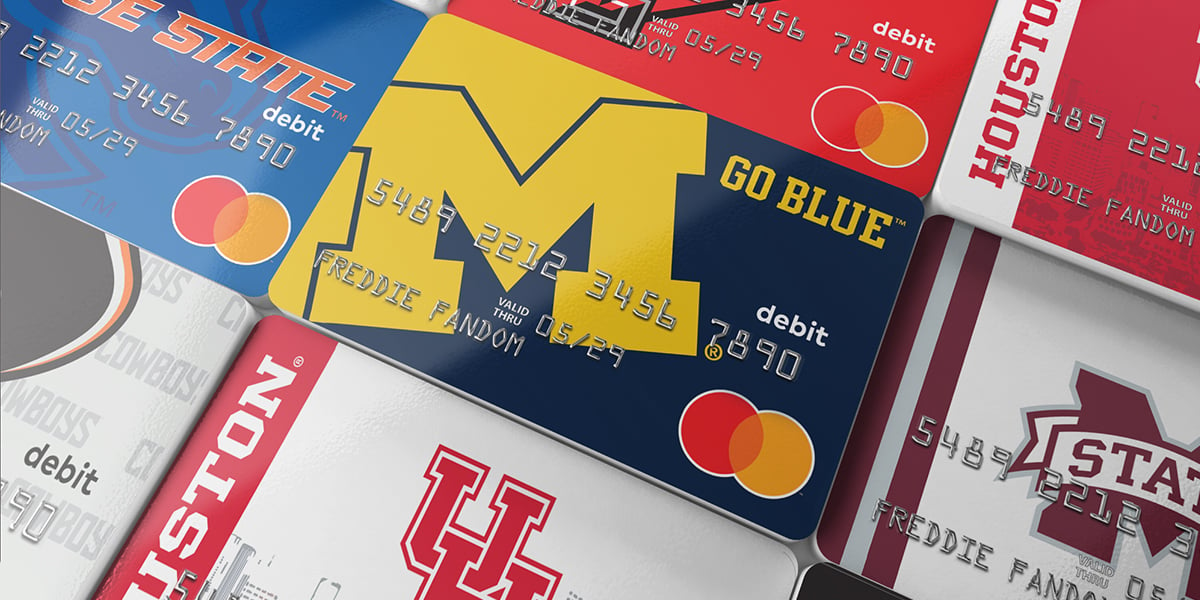 Happy New Year! To get 2021 started off with a bang, our team at University Fancards has listened to you, the fans, and rolled out all-new exclusive card designs for six of our team partners. If you’re a fan of the Michigan Wolverines, Oklahoma State Cowboys, Mississippi State Bulldogs, Boise State Broncos, Texas Tech Red Raiders, or Houston Cougars, check out the new looks for our Fancard Prepaid Mastercard®️ program. 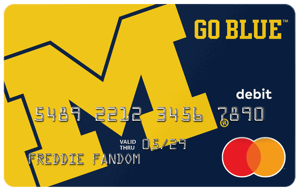 The University of Michigan’s primary M logo is simplistic and elegant, and one of the most powerful brands in collegiate athletics for more than a century. From a design standpoint, in addition to suggestions from fans via social media, we also took design cues from popular UM merchandise. The M is tilted to split the card in a way to maximize the azure blue contrasted with the maize to really grab one’s attention. 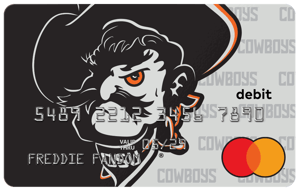 The Oklahoma State Cowboys program and its fans are known for their gritty, “don’t tell us what we can’t do” mentality, and we wanted a card that embodied that spirit. Simply put, the black and silver color scheme adds a subtle dramatic touch to let people know Pete isn’t just here to play, he runs the show and ain’t anyone’s little brother.

Simply stated, and authentic. That’s what we wanted to showcase for Mississippi State, with some updates to the older card design. The maroon M mark stands out bolder than before against a white background, supported by the ‘Hail State’ slogan that was coined as far back as 1939, but made an official part of Mississippi State athletics in 2014. The stripes on the left border are emblematic of the uniforms worn by the sports teams, and largely inspired by the football program in particular.

Since partnering with Boise State, their fans have been outspoken on what they want in a card, and we listened. They love their Broncos’ blue; the blue uniforms, and especially the iconic blue turf of Albertsons Stadium. So with this card, you can say we really “blue” it - in the best possible way. Buster (that’s the Bronco’s name for the uninitiated) is faded into the background, with his eye centered strategically to maximize his intensity. 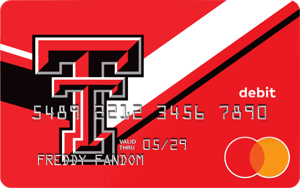 For the new Texas Tech card, we kept the Double T as the central focal point. It’s the most iconic symbol of Texas Tech, and among the most recognizable logos in the Big 12 Conference. The geometric black and white lines set against the deep red background were inspired directly by TTU Athletics. We really like the aesthetic they built, and translated that into our new card design. 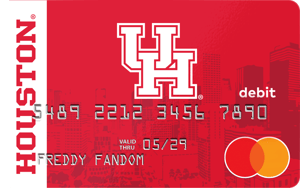 The University of Houston’s athletics are known for exciting styles of play, and winning on big stages. Their alumni appear in more than a few Hall of Fames. However, the University is also the seat of the UH System and among the top research institutions in the U.S., and boasts the third-largest enrollment in Texas at nearly 50,000 students. UH is THE University of Houston, and takes immense pride in the city. The new card design and its variant showcase this pride with the city skyline prominently shown across the card. The interlocking UH in the center is the primary school logo and a mark that is easily recognizable among members of the Cougar Family from any era, but also representative of a university that, in many ways, is part of the city’s heartbeat.

Whether you are already a card-carrying fan of one of these teams, or looking to become one, there has never been a better time to get started. Sign up today and download the Fancards Mobile App to take managing your funds to the next level this year.

The Mastercard Gift Card is not available in Vermont or Hawaii. Mastercard Gift Cards are issued by The Bancorp Bank pursuant to license by Mastercard International Incorporated. The Bancorp Bank; Member FDIC. Mastercard is a registered trademark of Mastercard International Incorporated. Card is distributed and serviced by InComm Financial Services, Inc., which is licensed as a Money Transmitter by the New York State Department of Financial Services. Use of Card is subject to Cardholder Agreement. Cards may be used only at merchants in the U.S. and District of Columbia wherever Debit MasterCard is accepted. See Cardholder Agreement for details. Colorado, Maryland, and Texas customers: View information about addressing complaints regarding our money services business.

The FanPoints and Rewards program is operated by University Fancards, LLC. This is an optional product and separate from the Sunrise Banks Fancard Prepaid Mastercard program. Terms of Use can be found here.

Ingo Money is a service provided by Ingo Money, Inc. and First Century Bank, National Association, Member FDIC, subject to Ingo Money and First Century Bank Terms & Conditions and Privacy Policy. Approval review usually takes 3-5 minutes but may take up to one hour. All checks are subject to approval for funding in Ingo Money’s sole discretion. Unapproved checks will not be loaded to your card. Ingo Money reserves the right to recover funds from bad checks if you knew the check was bad when you submitted it, if you attempt to cash or deposit it elsewhere after funding or if you otherwise act illegally or fraudulently. Fees may apply for loading or use of your card. See your Cardholder Agreement for details.

Important information for opening a card account: To help the federal government fight the funding of terrorism and money laundering activities, the USA PATRIOT Act requires all financial institutions and their third parties to obtain, verify and record information that identifies each person who opens a card account. What this means for you: When you open a card account, we will ask for your name, address, date of birth, and other information that will allow us to identify you. We may also ask to see your driver's license or other identifying documents.

Reminder: Please do not send personal information such as your social security number (SSN), card number or bank account number in your message.

Green Dot is a registered trademark of Green Dot Corporation.

You are about to visit an external third party website that is not administered by Fancards. The following site's privacy policy may differ from our own.