University Fancards, LLC is excited to announce that Johnny Esfeller has been named as the new Director of Marketing and Communications. In this role, Esfeller will guide marketing and earned media strategies to promote the Fancards brand as it expands its presence online across more than 15,000 retail locations nationwide. 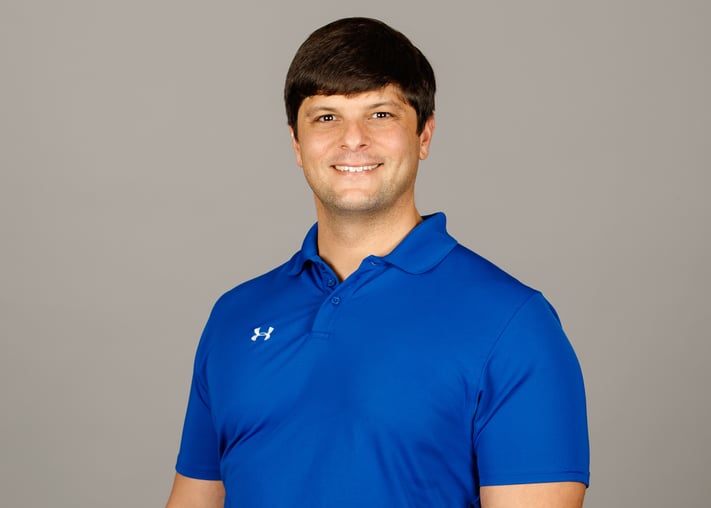 Johnny arrives at Fancards from IMG Academy in Bradenton, Fla., where he has led media relations for more than eight years as part of the broader Endeavor Corporate communications team. He has elevated the Academy’s national presence across its boarding school, sport camps, events and Legacy Hotel offerings, and worked closely with sponsors such as Gatorade, Under Armour and Xenith on impactful, co-branded promotions. During that span, the Academy more than doubled in size and scope while gaining frequent media exposure from the likes of ESPN, USA TODAY, Bleacher Report, The Athletic, CBS Sports Interactive, Sports Business Journal, and New York Times.

Prior to his tenure with IMG, Esfeller was a part of Alabama Crimson Tide Athletic Communications team during the football program's run to the 2011 BCS National Championship. He also spent one season with the NFL’s Tampa Bay Buccaneers in 2010. In addition, he earned experience with the Southeastern Conference and Senior Bowl along the way.

Johnny is a graduate of the University of Alabama, where he earned an M.A. in Advertising and Public Relations. He, his wife, and daughter will relocate to Birmingham, Ala., this fall.

The Mastercard Gift Card is not available in Vermont or Hawaii. Mastercard Gift Cards are issued by The Bancorp Bank pursuant to license by Mastercard International Incorporated. The Bancorp Bank; Member FDIC. Mastercard is a registered trademark of Mastercard International Incorporated. Card is distributed and serviced by InComm Financial Services, Inc., which is licensed as a Money Transmitter by the New York State Department of Financial Services. Use of Card is subject to Cardholder Agreement. Cards may be used only at merchants in the U.S. and District of Columbia wherever Debit MasterCard is accepted. See Cardholder Agreement for details. Colorado, Maryland, and Texas customers: View information about addressing complaints regarding our money services business.

The FanPoints and Rewards program is operated by University Fancards, LLC. This is an optional product and separate from the Sunrise Banks Fancard Prepaid Mastercard program. Terms of Use can be found here.

Ingo Money is a service provided by Ingo Money, Inc. and First Century Bank, National Association, Member FDIC, subject to Ingo Money and First Century Bank Terms & Conditions and Privacy Policy. Approval review usually takes 3-5 minutes but may take up to one hour. All checks are subject to approval for funding in Ingo Money’s sole discretion. Unapproved checks will not be loaded to your card. Ingo Money reserves the right to recover funds from bad checks if you knew the check was bad when you submitted it, if you attempt to cash or deposit it elsewhere after funding or if you otherwise act illegally or fraudulently. Fees may apply for loading or use of your card. See your Cardholder Agreement for details.

Important information for opening a card account: To help the federal government fight the funding of terrorism and money laundering activities, the USA PATRIOT Act requires all financial institutions and their third parties to obtain, verify and record information that identifies each person who opens a card account. What this means for you: When you open a card account, we will ask for your name, address, date of birth, and other information that will allow us to identify you. We may also ask to see your driver's license or other identifying documents.

Reminder: Please do not send personal information such as your social security number (SSN), card number or bank account number in your message.

Green Dot is a registered trademark of Green Dot Corporation.

You are about to visit an external third party website that is not administered by Fancards. The following site's privacy policy may differ from our own.